At Eco Electric & Plumbing If you own a home built before 1990, chances are you might have an outdated
main electric panel in your home.
Electrical panels contain either fuses or circuit breakers that trip or shut off the power
when too much electricity flows through them. This helps to prevent fires
caused by wires overheating.

From roughly the 1950s to the1980s, Federal Pacific Electric was a popular
manufacturer of electrical panels. Those panels were installed in millions
of homes in the United States. Federal Pacific Electric is usually written
on the cover of your breaker box or you can look for the name Stab-Lock
(The circuit breakers) to identify it. FPE electrical panels have been
the subject of many lawsuits because of their Stab-lock circuit breakers.

FPE electric panel circuit breakers fail to trip when they need to which has resulted in
thousands of fires here in the United States. There are even some reports
that FPE circuits when in the “off” position can still send
power to the circuit. This is a potential for electrocution if you’re
working on a circuit you believe is off.

Zinsco or Sylvania panels were popular electrical panels installed in residential
homes in the 1970s. Zinsco is no longer around, yet many homes still have
their electrical panels. If you have a re-branded GTE Sylvania, Sylvania,
or just a standard
Zinsco panel; you should have it replaced. The reason is that the circuit breakers
inside these panels meltdown to the main bus bar resulting in the breaker
not being able to trip or shut off when there’s a short or overloaded
circuit. This can result in a fire if the wires get overheated.

Being able to identify these panels can help you gauge if your panel should
be upgraded. If you do have one of these panels you should have it
inspected for safety reasons, if not completely replaced. 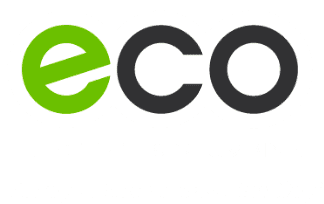